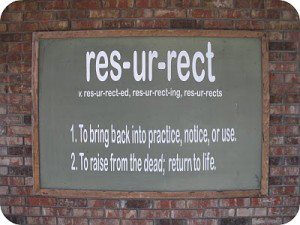 As we see it, every day you are doing one of two things: building health or producing disease in yourself. An ancient proverb says that He who has health has hope, and he who has hope has everything. In our chiropractic office, we see many people per week who have been taking medications for a good portion of their life without knowing the long-term side effects they are having on their body. Chiropractic’s goal is to restore normal life flow to every muscle, cell, organ, and tissue through allowing the connection between the brain and the body to flow at 100%. Below is a list of staggering statistics on trying to cure health problems from the outside in. They are shocking facts!

According to the medical report Death by Medicine, by Drs. Gary Null, Carolyn Dean, Martin Feldman, Debora Rasio and Dorothy Smith, 783,936 people die in the United States every year as a result of iatrogenic disease (death by properly prescribed medication, over the counter medication, medical error, or a combination of all), this is the equivalent of six jumbo jet crashes a day for an entire year.

Another 1995 study stated, “The iatrogenic death rate dwarfs the annual automobile accident mortality rate of 45,000 and accounts for more deaths than all other accidents combined. “And that study was issued before the Vioxx disaster killed 60,000 people all by itself.

Next year’s budget for the Department of Homeland Security will exceed $34 billion. By comparison, this country spends about eight times that amount annually — $282 billion – on deaths due to medical mistakes. And that’s a conservative estimate because only a fraction of medical errors is reported. The #1 Cause of bankruptcy in the United States is medical cost!

The FDA and scientific research protect us.

Two years ago an entire issue of the Journal o the American Medical Association was devoted to looking at some major problems with the relationship between drug companies, physicians, the FDA, and medical journals. Here are just of few of the findings:

*More than half of the experts hired to advise the government on the safety and effectiveness of drugs have financial relationships with drug companies that will be helped or hurt by their decisions.

*Federal law generally prohibits the FDA from using experts with financial conflicts of interest, but the FDA has waived the restriction more the 800 times from January 1998 to June 2000.

*Approximately 85% of authors of “Clinical Practice Guidelines” are financially dependent upon drug companies.

*Of new releases on studies receiving drug-company financing only 22% reported the source of funding. 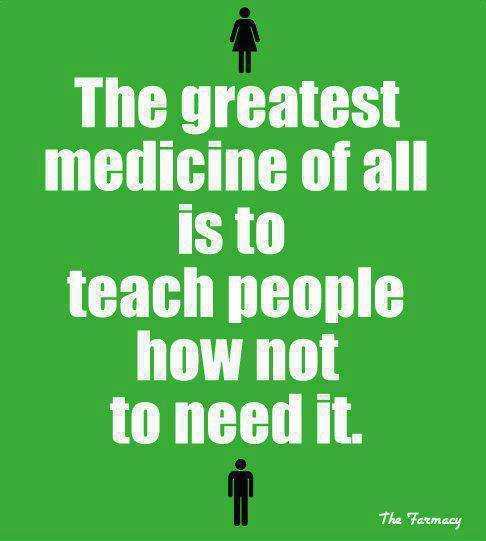 With statistics like this, it may seem that hope is gone. This is not the case! Natural health choices (like chiropractic) offer the best in healthcare. They are not only cost effective but more importantly, they are quality-of-life effective.

From where did it come?

How does it begin?

Well, the body that God gave us is a self-maintaining, self-healing miracle that was created whole. Each part of us has a vital function, a purpose that no one yet has completely understood. It is not how we feel, it IS how we are healing inside (and we heal on God’s time, not ours) – True Health being the Optimal Function of ALL our parts!

WE, as thinking beings, just have to get out of the way and allow the body to be as healthy as it was created to be.

Here, we do not work with the body, we work with the power that made it, and the communication system it uses to heal you from above in the brain, down the spinal cord, and from the inside out! Because the healthier we are, the happier we are, and the closer we are to what we were meant to be. We only want the best for you and your family. This is why we ask you to allow us not only to help you but also to help those that surround you.

Our vision for this community is not just that we wish to have everyone here, it is for us all to be so healthy and happy. But in this vision, if we were all functioning at 100%, there would not be heart attacks, cancer, ulcers, or liver damage. 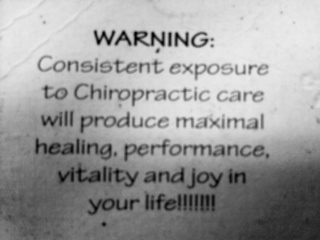