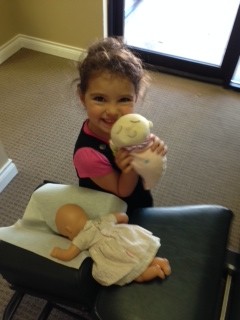 Chiropractic for your newborn – Traumatic Birth Syndrome
Diagram showing a baby getting a treatmentThis is a subject nobody likes to discuss. A German medical re­searcher dis­covered that over 80% of the infants that he exam­ined shortly after birth were suffering from injuries to the cervical spine, the neck, causing all types of health problems.

Traumatic Birth Syndrome is not a new condition. A researcher by the name of Duncan measured the amount of force it would take to severely injure a baby’s neck during delivery. He found that 90 pounds of force was enough to cause stillbirth, while less than that would cause the spinal joints to sprain. Duncan commented, “this is not what most obstetricians would consider a great force.”

Dr. Abraham Towbin, from Harvard Medical School and the Department of Pathology, presented research at the Eighteenth Annual Meeting of the American Academy For Cerebral Palsy. In his research he found that, “the birth process, even under optimal conditions, is potentially a traumatic, crippling event for the fetus.”

“Spinal cord and brain stem injuries occur often during the process of birth but frequently escape diagnosis.” Dr. Towbin continues, “death may occur during delivery or, with respiratory function depressed, a short period after birth. Infants who survive the initial effects, may be left with severe nervous system defects.”

The neck is an area of the body where you can not afford to have an injury remain uncorrected. Since injuries here can affect the brain stem, all the vital functions of the body are inhibited. This can occur whether there are symptoms present or not.

The greatest doctor in the world lives inside you

Do you remember what happened to Christopher Reeve, the actor who played Superman in the movies? He was riding his horse and fell forward on his head, breaking a bone in his upper neck.

In an interview he did with Barbara Walters, you could see that he was unable to breathe without the use of a ventilator machine. He also was unable to control his elimination system. Many of his other bodily functions were altered as well.

“Wait a minute, how could this be”, you might ask. “He didn’t hurt his lungs, his bowel, or his bladder; he hurt his neck.”

This is precisely the point. When the neck is injured, the entire body is affected. Similarly, when there is an injury to another part of the spine, the organs and systems supplied by those nerves become dysfunctional. These spinal injuries, called the vertebral subluxation complex, can alter the course of a person’s life if they are not immediately corrected.

Several patients come to mind to illustrate this point. One woman had a full term pregnancy and her baby was fatally injured from the birth process. This stillbirth is the most severe effect of Traumatic Birth Syndrome. Thankfully she was able to get pregnant again and deliver a beautiful baby boy. You can be sure this child began receiving chiropractic care right away.

Another patient, a 5-year-old child whose birth was a very traumatic C-section, never had a properly functioning bladder. Her father, who was an eyewitness to the traumatic birth, described how his baby’s lower spine was twisted during the delivery.

After just a month of Chiropractic care, the parents were amazed that their child’s problem was gone. Their family is now committed to Chiropractic Care as a way to maximize their health potential.

A third patient that comes to mind is a woman who attended a Chiropractic Orientation one evening after learning about the importance of Chiropractic Care from her husband.

After learning about Traumatic Birth Syndrome and how it damages the spine and nerve system, called the vertebral subluxation complex, she began to ask some serious questions about her own health.

One woman said that when she was born, her mother told her she had bruises on her neck. She asked if there could be any connection between those nerves and her thyroid gland. When she saw the nerve connection to the thyroid gland from the part of her neck that was bruised at birth, her mouth dropped wide open in shock. She said, “that’s probably why I developed thyroid cancer when I was 26 years old.” This is a critical realization people! “Why didn’t somebody tell my mother about Chiropractic?”, she asked.

Another patient who began chiropractic care for a herniated disc in his neck indicated that when he was 22 years old he had his gall bladder removed. He didn’t understand why his gall bladder had failed at such a young age. The doctors didn’t know either. When he saw his x-rays for the first time he noticed a huge kink in the bones between his shoulders. He immediately said, “what in the world is that I don’t have any pain there!” His mouth dropped wide open when he learned that this was the area of his spine where the nerves supplied his gallbladder. He wished someone had told his mother about Chiropractic. He might still have his gallbladder. His birth was a forceps delivery!

My chiropractic colleagues around the world all agree that we would much rather examine and adjust every newborn baby on the planet than do one autopsy. We would much rather adjust babies than wait 26 years and learn about young people having cancer or gallbladder disease in areas where their nerve systems had been injured and compromised since birth.

The human body was designed to function as a well-oiled machine until the ripe old age of at least 100. There are people who are living to be 100 years old in various parts of the world and they are functioning absolutely fine.

Traumatic Birth Syndrome, whether it causes symptoms immediately or just diminishes human potential over the course of a lifetime, must be dealt with immediately. Don’t be fooled if your medical doctor says your baby is fine. Medical doctors get little to no training in the detection and correction of the vertebral subluxation complex caused by Traumatic Birth Syndrome and will almost certainly miss it.

Chiropractors, on the other hand, have been-detecting and correcting Traumatic Birth Syndrome and the vertebral subluxation complex for over a 100 years through simple, gentle procedures called chiropractic adjustments.

All children should be examined by a Chiropractor immediately after birth. Take this critical step to ensure that your children grow up as healthy as they are designed to be. 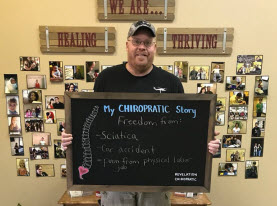 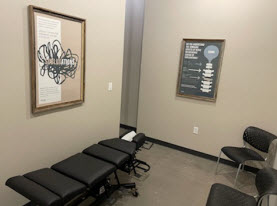 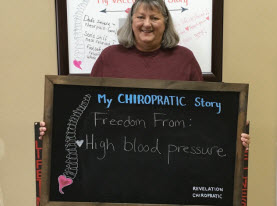 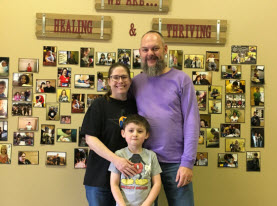